In this short video Cutts said “so Google does not penalize you if you have invalid HTML, because there would be a huge number of web pages like that.” He explains Google’s stand on broken HTML links by mentioning that making use of HTML as a factor influencing ranking is likely to make a huge impact on the current search quality. This is because the number of web pages with invalid HTML is huge in number. Therefore, by using HTML as a ranking signal, even pages with quality content may not rank well enough. “Google has to work with the web we have, not the web that we want to have. And the web that we have has a lot of syntax errors – a lot of invalid HTML, and so we have to build the crawler to compensate for that and to deal with all the errors and weird syntax that people sometimes mistakenly write in a broken way onto the web”, he says.

Matt Cutts did mention in the video that Google may start using HTML as a ranking signal in the future. However, there are no such plans right now. However, Cutts feels it is possible that there may be a correlation between valid HTML and page ranking. “Now, I wouldn’t be surprised if they correlate relatively well. You know, maybe it’s a signal we’ll consider in the future, but at least for right now, do it because it’s good for maintenance. It’s easier for you if you want to change the site in the future. Don’t just do it because you think it will give you higher search rankings”, said Matt Cutts. 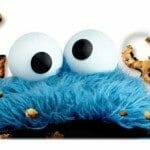 Google About to Replace Cookie with New Advertising System AdID. 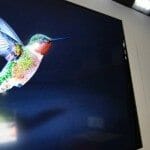